AND WHAT EXACTLY IS A COOPERATIVE?

A cooperative is first and foremost an association of persons, but also a company jointly owned and co-managed by its members. A cooperative is not a capital company, but a member organization. Decision-making in cooperatives is based on the principle »one member one vote« and not on the size of the capital shares. A cooperative is a way of connecting and self-organizing people in local and wider communities, where a group of people responds to their common needs and aspirations, through (cooperative) rules that the group sets for itself. The concept of indivisible property in cooperatives is crucial for the development of commons – resources that groups of people manage for individual and collective benefit. Last but not least the purpose of cooperatives is an empowered community that takes care of itself independently and responsibly. It’s a prototype of a social economy subject.

Cooperatives on Slovenian soil survived the Austro-Hungarian Empire, the State of Slovenes, Croats and Serbs, the Kingdom of Yugoslavia, the Socialist Federal Republic of Yugoslavia, independent Slovenia and accession to the EU. Through various socio-political systems, they adapted to their function and several times lost their social function at the expense of political function. In certain periods flourishing and falling sharply under certain regimes. Certainly, Slovenia is one the oldest cooperative countries in the world and as such cooperatives are part of our cultural tradition. The first cooperative on Slovenian soil was founded in 1856, only 12 years after the first cooperative in the world. In the last ten years, Slovenian cooperatives are again rising from the ashes of history for a fourth time.

ARE THERE ANY GOOD PRACTICES OF SOCIAL COOPERATIVE IN SLOVENIAN REAL LIFE?

Social cooperatives operate not only in the interests of their members, but in the general interest for the benefit of all the inhabitants of a given territory or in a given community and are multi-stakeholder. So, the general interest is a key objective of the social cooperative. Usually in the field of providing social services in the local environment, such as care, assistance, PHS or offering generally used products. For instance quality and safe food, affordable supplies, providing conditions for communication. In some cases cooperatives are of form of integration into the labor market and as such a public benefit service.

The most successful cooperative in that field in Slovenia is the Cooperative Stara roba, nova raba (author’s comment old goods new use) also a social enterprise whose basic purpose is employment, training, inclusion and support for people with experience of homelessness and other socially vulnerable people. They are collecting second-hand items, which they sell at symbolic prices in their shop Posredovalnica Rabljenih Predmetov (author’s comment used items brokerage). Operating on the principles of community economy it is an example of how marginalized people can connect and, by reusing discarded things, create something for themselves, for the wider community and environment. The store also enables people in bad economic situations and others interested in second-hand items to buy at low prices and at the same time promote environmental and social responsibility.

Since we are in the new, fourth wave of cooperative movement in Slovenia, most of the newly formed cooperatives are still quite small, but yet significant and successful companies in the field of social economy. They are changing our everyday life and perceptions of community and relationships in society.

You can read the full issue of WAZO MAGAZINE: Blooming by clicking here

With many years of experience in the field of NGOs and youth work, recently her focus has  been facilitating different groups, developing and animating different communities and creating a supportive environment for so called third sector (social enterprises, cooperatives and NGOs). She loves to explore the ways of cooperation and co-creation and the meanings of (un)known words.

CAAP is a center for the development of social and solidarity economy, cooperatives and economic democracy, innovative social practices and the creative use of common spaces.

EXpress – Exchange of Practices for Refugees and migrants’ Self-entrepreneurship

Its name is cadore 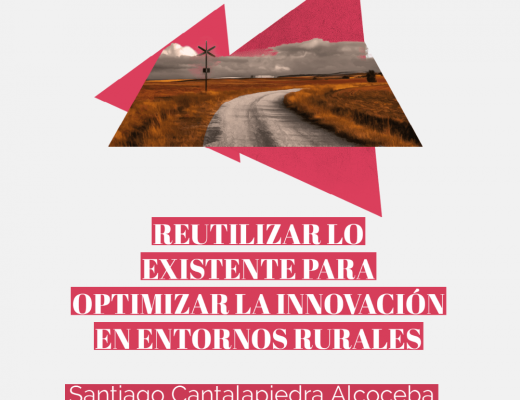