I am an archeologist in Lyon (France) and I would like to present to you here my area of specialisation, ceramology, the study of ceramics found in excavations. To define the universe of the ceramologist, in a few succinct words, we could say that just like archaeology, ceramology too is a profession and that is also a passion. I do like the distinctive traits of this discipline, the ways it leads to a fine understanding of a site’s history, and then contributes to put some order into the chaos of knowledge. For me, ceramology means also sharing, interacting with others : ceramology is not an isolated discipline, but rather one that fully participates in the collective work of an archaeological team in order to give meaning to the excavated remains of the past. I like the fact that I can study ceramics ranging from the Middle Age to the 20th centuries, on what is a very long time span, rich in continuities and also in variations. The archaeology in France today considers the most recent periods and it gives a new vision of material culture. 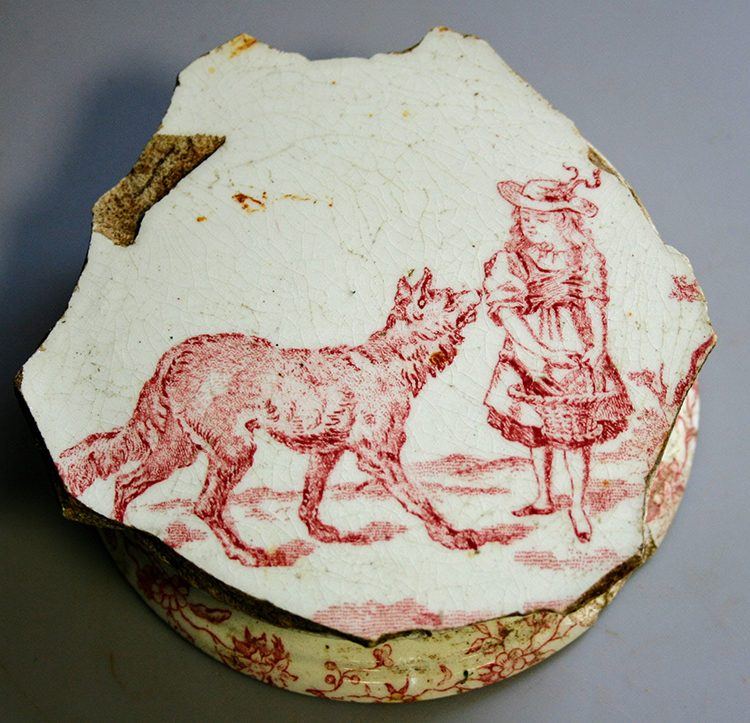 I had a few exciting archaeological adventures – and I use the word ‘adventure’ advisedly – occurred during my work in France since the 80’s. Among these I can quote the excavation of the Parc Saint-Georges in the French city of Lyon, between 2002 and 2004, and recently, near Lyon, the discovery of a huge garbage dump of the early 20th century.

For the first one, my task was to study this quite exceptional collection of recent pottery (more than 50 000 shards…) recovered from the banks of the Saône River. The quarter’s residents had then the habit of throwing their domestic refuse in the river, including their ceramics. The result is the most important post-medieval assemblage found so far in Lyon, ample testimony to the wealth and diversity of clay and pottery objects from these households. Both essential places of life of the house that are the kitchen and thus the table, find a beautiful illustration thanks to the ceramics. They can testify sometimes of certain luxury and this is specially perceptible in dishes used on the table. The sets of potteries reveal all the numerous types of pots devolved to the preparation, the cooking and the consumption of food and which came from diverse countries : France, Italy, Spain, Turkey, China and Japan proof of trade of flourishing trade of ceramics. 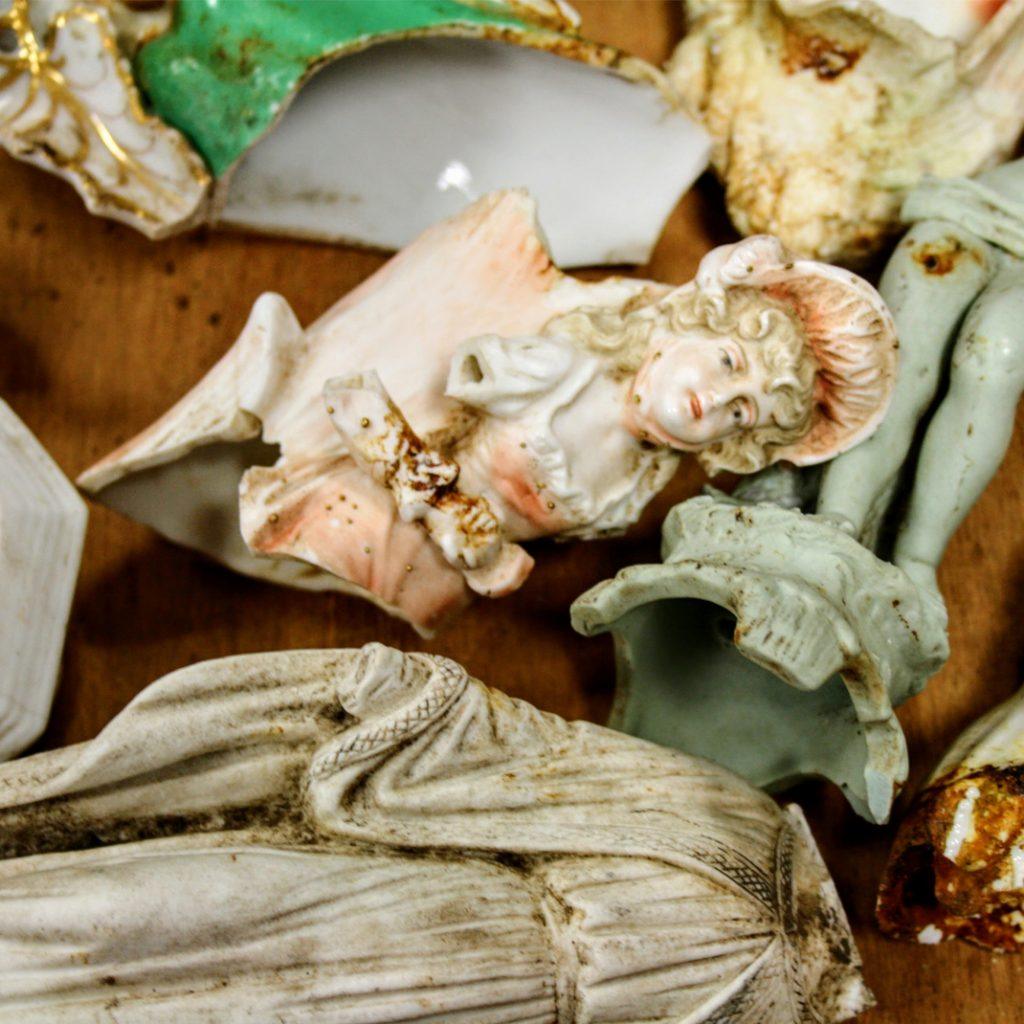 The second one was in summer 2015, when I had to manage excavations of a 20th century garbage dump near Lyon. According to the evolution of archeology today research on contemporary contexts is organised as it was from older periods. This structure used between 1927 and 1930 contained only the residues of « glass, pottery, ceramic and oyster shells », proof of the selective refuse sorting established in Lyon from 1878. Thousand of objects and fragments – domestic dishes and other from the city restaurants, packaging of food, products of hygiene, beauty and health, games, Japan and China décorative porcelain or religious statues, earthenware, stoneware stemming from hundred French or foreign productions offer a testimony seizing with the everyday life in all the classes of the society of Lyon in Roaring twenties.

The approach to archeological ceramics of the modern and contemporary period is bound to the social status of the users. The numerous available ceramics assemblies authorize today a social and cultural approach of these diverse objects. This analysis completed by the contribution of litterature and iconography opens new and exciting prospects of work to renew the image of ceramic between 1600 and 1900. After all, the ceramologist that I am works on a selection of ordinary items which nonetheless bear their distinctive testimony on the past. With ceramics we can reach the very heart of history, not perhaps the history of great events, but that, closer to us, of our ancestors going on with their daily lives.